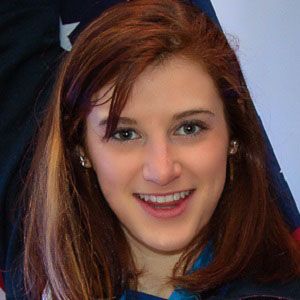 American speed skater and coach who made her Olympic debut in 2010, winning bronze in the 3,000-meter relay and silver in the 1,000 meters. She won her first World Short Track Speed Skating Championship gold medal in 2011, doing so in the 1,500 meters.

She grew up in Champaign, Illinois and began training seriously in speed skating after meeting Olympic gold medal-winning speed skater Bonnie Blair while in high school.

She appeared on a December 2009 episode of the Comedy Central show The Colbert Report in which host Stephen Colbert autographed her thigh.

Her parents are Beth and Jay Reutter.

Katherine Reutter Is A Member Of