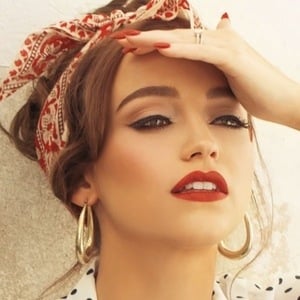 Style Haul partner and beauty guru known for her YouTube channel KathleenLights. She has accumulated over 4.1 million subscribers. She also founded the e-commerce companies Lights Label and Lights Lacquer which sell clothing and nail polish respectively.

She created her KathleenLights channel in January of 2013 and accumulated more than 600,000 subscribers in the channel's first two years.

She has a second channel, called DaysOfOurLights, which serves more as a vlogging channel. A video of her doing her husband's makeup has received over 5.9 million views since January of 2015.

Her real name is Kathleen Fuentes. She introduced her husband Danny in a Husband Tag video in 2013. They met because Danny's younger step-sister was Kathleen's best friend. She often boasts about her sister on Twitter.

Kathleen Lights Is A Member Of