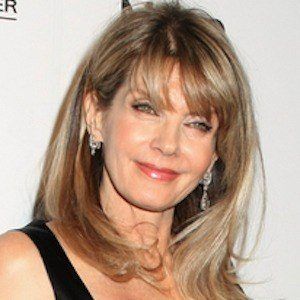 Personal trainer and coach who is best known for her line of workout videos released throughout the 1980s and 1990s. She has been inducted into the Video Hall of Fame.

She attended and graduated from the University of Hawaii with a degree in Business Administration. In 1975, she was one of a few women to complete the Honolulu Marathon. That same year, Runner's World Magazine listed her as one of the world's Top 100 Marathon Runners.

In 2015, she passed over 16 million videos sold since 1980. In 2015, she developed the fitness and lifestyle program Project You Type 2, which is meant to manage or prevent Type 2 diabetes.

She was born in Arizona. As a professional, she moved to Park City, Utah, where she has raised her two girls.

She has appeared on Oprah and Larry King Live to promote her personal brand of fitness and lifestyle products.

Kathy Smith Is A Member Of