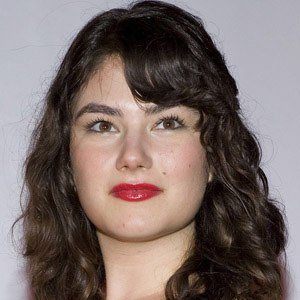 Canadian actress who had starring roles in the 2004 film Some Things That Stay and the 2010 film Daydream Nation.

She had her breakout television role at age twelve, playing Gwen Killerby in the long-running children's program The Zack Files.

She was the star of the Canadian television drama Terminal City.

She was one of three children born in Toronto to a filmmaker mother and a journalist father.

She played a supporting role opposite Joaquin Phoenix in the 2012 Oscar-nominated drama The Master.

Katie Boland Is A Member Of