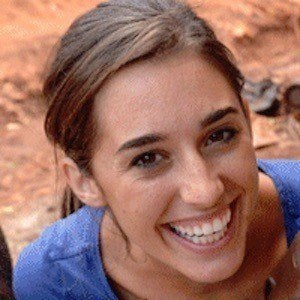 Missionary and author whose 2009 work Kisses From Katie earned a place on the New York Times bestsellers list. The work is based on her life experiences working as a missionary, and a mother of 13 adopted children, in Uganda.

She initially visited Uganda in 2006 while on a mission trip as a senior in high school. She fell in love with the culture and people, and in the summer of 2007, immediately following her high school graduation, she moved to Uganda.

In 2008, she created the non-profit group Amazima Ministries International to help in paying for the cost of schooling for the Ugandan children. She has personally taught in schools there.

She was born and raised in Nashville, Tennessee.

She appeared alongside Michael Lewis, whose book occupied the #2 slot, on the 2011 New York Times' bestsellers list.

Katie Davis Is A Member Of