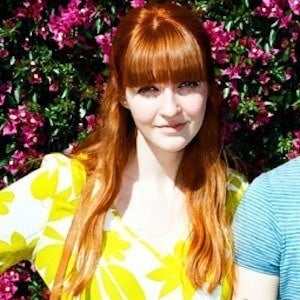 Pop singer known for being a founding member of the band La Sera, which she formed while a part of the now-defunct Vivian Girls. During her time with the latter, she went by the name Kickball Katy.

Vivian Girls was originally formed in 2007 and in 2010 she formed La Sera.

She has a bachelor's degree in physics and a master's degree in education of physics. She has also studied computer programming at Santa Monica College.

She married Todd Wisenbaker in 2015. Vivian Girls briefly reunited to play at their wedding.

She and La Sera have toured with Jenny Lewis.

Katy Goodman Is A Member Of