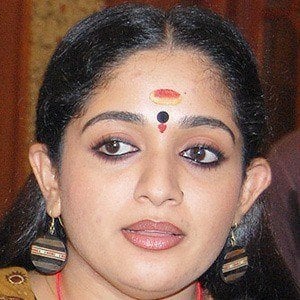 Bollywood star who won several Best Actress awards for her roles in the films Perumazhakkalam and Khaddama.

She had her first acting role at age seven with a small role in the 1991 film, Pookkalam Varavayi.

She became known for her starring teen roles in Chandranudikkunna Dikhil and Meesa Madhavan.

Her two-year marriage to Nishcal Chandra ended in 2011. She married actor Dileep in 2016.

She co-starred with Mohanlal Nair in the 2013 thriller, Lokpal.

Kavya Madhavan Is A Member Of