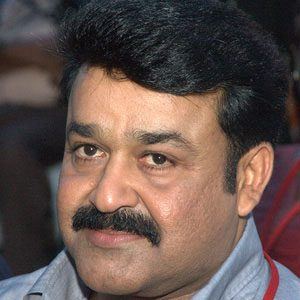 Leading actor who has appeared in over 300 Indian films. He starred in the 1997 film Guru, which was chosen as India's entry for the Oscars.

He made his acting debut at age eighteen in the 1978 film Thiranottam. His friends created the film, in which he played the mentally disabled Kuttappan.

He is a recipient of multiple Best Actor Awards for the National Film Awards of India.

He married Suchithra Mohanlal in 1988. He had two children named Pranav Mohanial and Vismaya. His father in law is K. Balaji.

He was directed by Ram Gopal Varma in the 2002 film Company.

Mohanlal Nair Is A Member Of