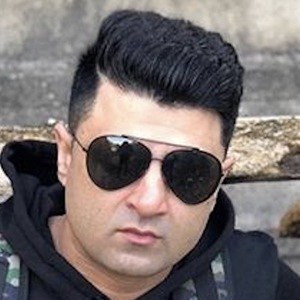 World music singer who is best known for his song "Soniye" that became a super-hit and topped the Official World Charts again. His success allowed him to finally be signed by YouTubeVEVO in December 2014.

He released his first single "Jachda" in 2010. The video debuted on Bollywood Channels of India B4U Music.

He was interviewed by Ray Khan of BBC, after the release of his second single 'Kainaat' in 2013. He has 30,000 followers on his kazkhansinger Instagram.

He is from Pakistan.

He and Nusrat Fateh ali Khan are both world music singers from Pakistan.

Kaz Khan Is A Member Of