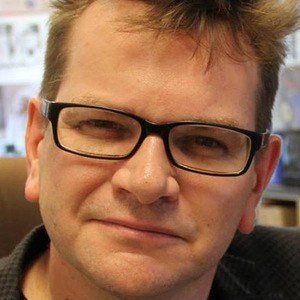 Seasoned history teacher who first rose to fame educating the masses on his YouTube channel HipHughes History. The channel's massive success eventually resulted in his appearances on the television series' United Stuff of America and America's Most Badass.

After completing his undergraduate degree in social studies education at Buffalo State College, he completed his master's degree in educational technology at the University of Buffalo in 2006.

In 2012, YouTube awarded him an EDU Guru award for his work on his YouTube channel HipHughes History.

He was born in the Hudson Valley and raised in Putnam Valley. He later attended college and settled in Buffalo, New York.

Keith Hughes Is A Member Of