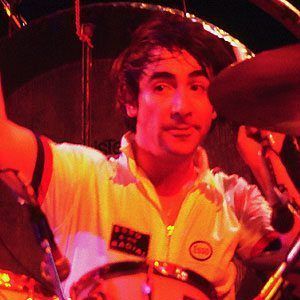 Drummer with the British rock band The Who and who was named the #2 best drummer by Rolling Stone in 2011.

He was a bugle player with the Sea Cadet Corps when he was twelve years old. He left school when he was fourteen and attended Harrow Technical College.

He was known for blowing up hotel toilets, which led to him not being allowed in many of the world's biggest hotel chains.

He got married to Kim Kerrigan on March 17, 1966 and they divorced in April 1975. He passed away after overdosing on prescription pills.

He was in The Who with Roger Daltrey and Pete Townshend.

Keith Moon Is A Member Of

The Who
Born In 1946
Drummers
First Name Keith