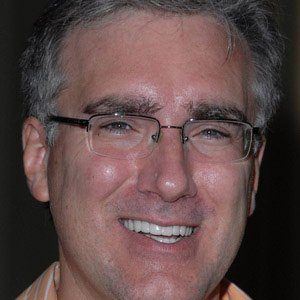 Former host of Countdown with Keith Olbermann, which aired on MSNBC from 2003 to 2011.

He was considered a child genius and began college at Cornell at sixteen.

He rose to fame as a host on the popular SportsCenter on ESPN and he often did shows with his buddy Dan Patrick.

He dated TV reporter Katy Tur for three years, but the pair ended the relationship in 2009. He has a younger sister named Jenna.

He had a long-running feud with Bill O'Reilly, whom he repeatedly called the worst person in the world on his talk show.

Keith Olbermann Is A Member Of