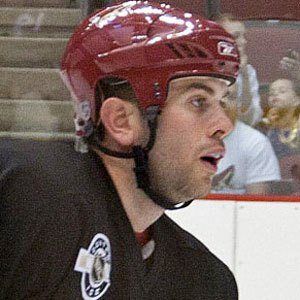 Star defender who began his NHL career with the Phoenix Coyotes in 2006. He made consecutive NHL All-Star Games in 2011 and 2012. In March 2015, he was traded from the Coyotes to the New York Rangers.

He attended Cushing Academy and won a Quebec Major Junior Hockey League title with the Moncton Wildcats in 2006.

His brother, Brian, played hockey at the University of New Hampshire from 2002 to 2006.

He was friends with Chris Bourque during his time at Cushing Academy.

Keith Yandle Is A Member Of