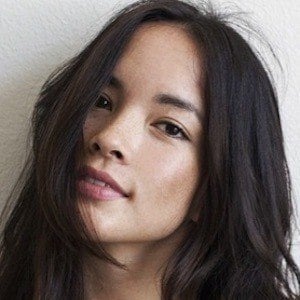 Actress, dancer, and entrepreneur, she is the owner and designer of a line of dance and active wear, runs a blog, and acts in films, all with her twin sister Katie. She is known for being in Star Trek Into Darkness in 2013 as one of the Caitian twins.

Both she and her sister had began dancing at the age of four, growing up in Utah. They participated in Ballet West's The Nutcracker for four seasons from the age of nine. They also both danced and were captains for their high school drill team. That's where they were spotted by a talent agent and asked if they were interested in acting. They were in various Disney Channel original movies, including Camp Rock 2 and Return to Halloweentown as minor characters.

When her sister Katie continued to teach dance in Utah, they came up with the idea for katieandkellie, their affordable and fun dance and active wear line.

She shared a scene with Chris Pine as one of the Caitian Twins in Star Trek Into Darkness.

Kellie Cockrell Is A Member Of