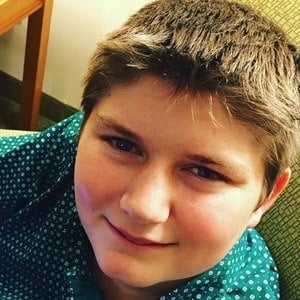 Widely known for being the older of two children on the Jones Family Travels YouTube channel. He has gained popularity there alongside his father Tim, mother Allison, and sister Hunter for their family vlogs documenting their everyday life.

He appeared in his first vlog entry on the Jones Family Travels YouTube channel in June 2011.

His Jones Famliy Travels YouTube channel has amassed more than 30,000 subscribers. One of his most popular videos there, "HOW TO MAKE A BOX MAZE FOR KIDS: CRAFTS FOR KIDS! | BOX HOUSE FOR KIDS," has nearly 100,000 views.

His father Tim owns his own travel company, which allows his family to frequently travel together. He frequently collaborates with his younger sister Hunter.

In April 2016, he attended a Seven Super Girls meet and greet, where he met Katherine.

Kelly Jones Is A Member Of