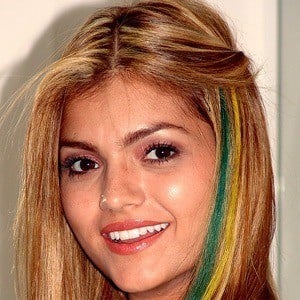 Brazilian pop superstar and LGBT advocate who sang "Baba" and has worked as a television presenter in Brazil.

She released her first album, Kelly Key, at the age of seventeen.

She has sold more than two million records internationally since beginning her career in 2001.

She married her second husband, Mico Freitas, in 2004. She has a daughter named Suzanna and a son named Jaime.

She and Cyndi Lauper are both staunch advocates for the LGBT community.

Kelly Key Is A Member Of