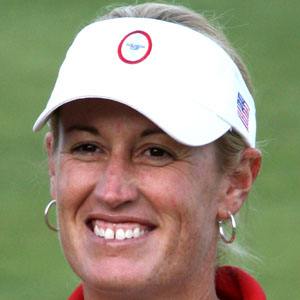 Professional women's golfer who has won notable LPGA Tour events like the 1995 McDonald's LPGA Championship. She won the NCAA title with the University of Tulsa in 1988.

She was born in Mt. Pleasant, Michigan and was a two-time First-Team All-American at Tulsa.

For four straight years in the 90's, she was ranked in the world's top ten in earnings.

She has dated , who has been ranked as the top women's golfer in the world.

She beat Laura Davies by one stroke at the 1995 McDonald's LPGA Championship.

Kelly Robbins Is A Member Of