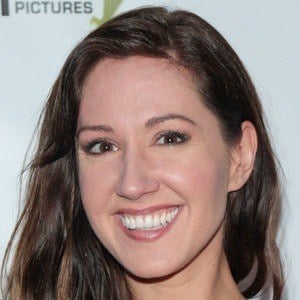 Actress and comedian who initially rose to fame for appearing on the children's program Sunny Side Up. She then went on to become a writer and star of The Chica Show and the host of the comedy show 24-7 Comedy Radio.

Even as a teen she was a natural performer, competing in speech competitions and participating in beauty pageants. She also dreamt of becoming a cartoon animator, creating the comic strip The Pea Heads.

A talented improviser, she has been seen with the comedy troupes ComedySportz, Kelly and Joe, Ladies and Gentlemen, and Friends of Alcatraz.

She is joined in the cast of the popular children's television series The Chica Show by Mario Lopez.

Kelly Vrooman Is A Member Of