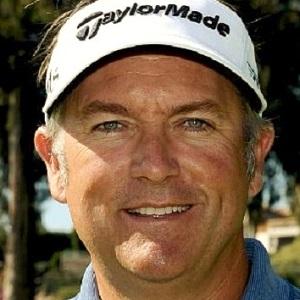 American golfer who has won high-profile events like the 2011 Nationwide Tour Championship at Daniel Island and 2013 Travelers Championship. He was named the Web.com Tour Player of the Year in 2006.

He was named AIC Golfer of the Year four times while attending Henderson State University.

He was diagnosed with scoliosis had surgery to attach a sixteen-inch metal rod to his spine.

His parents are Ray and Bettie Duke. He has children named Ashleigh and Lauren.

He and Zach Johnson have both been named the Web.com Player of the Year.

Ken Duke Is A Member Of