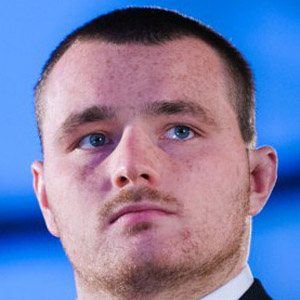 Welsh rugby hooker who debuted professionally for the Scarlets in 2006 and the Wales national team in 2011.

He went to college at Cardiff Metropolitan University.

He made his international debut for Wales in September 2011 against Namibia as a second half replacement.

He grew up with his family in Carmarthen, Wales.

Mahonri Schwalger was brought to the Scarlets when Owens went down with a knee injury.

Ken Owens Is A Member Of