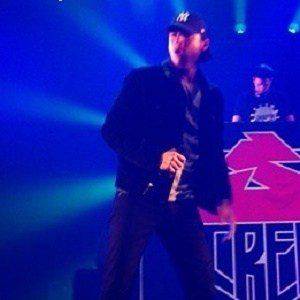 Born Ken Samaras, he is a French musician best known by his stage name Nekfeu. His first album, FEU, dropped in June 2015.

He was a member of the group S-Crew along with several of his childhood friends.

His self-titled Vevo YouTube channel has more than 350,000 subscribers, and the music video for his song "Ma dope ft. SPri Noir" gained more than 2.7 million views within two weeks of its release.

He was born in La Trinite, France, and later moved to Paris.

Nekfeu Is A Member Of