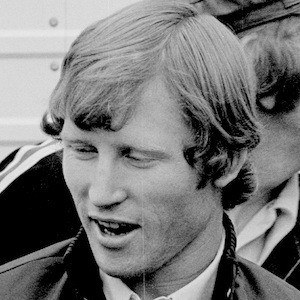 Champion motorcycle racer. In 1978, he became the first American to win the Grand Prix.

He pioneered many changes in the A.M.A., among them increased safety, a new dirt track riding style, and new engine designs.

He and Nicky Hayden were both prominent figures on the motorcycle racing circuit.

Kenny Roberts Is A Member Of