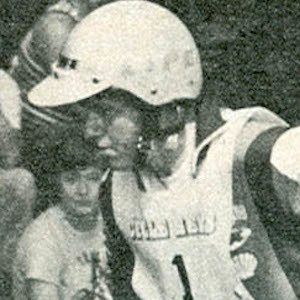 Former off-road motorcycle racer known for being part of the Lampkin racing dynasty. He was the sport's first trials world champion in 1975.

He followed his older brothers into the sport and was signed to the Bultaco trials team in the early 1970s.

By the time he retired, he'd won the European and World Championships, the Scott Trial, British Trials, and Scottish Six Days Trial.

His son Dougie also became a champion motorcycle racer. He died of cancer in 2016.

He and Sammy Miller both won the Scottish Six Days Trial.

Martin Lampkin Is A Member Of