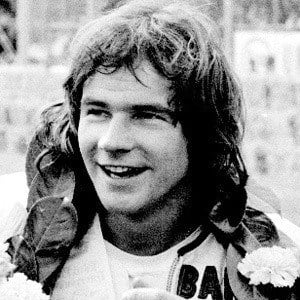 He was raised in Queen's Square, London, where his father worked as an engineer.

He made an appearance in the low budget film Space Riders.

He was married to Stephanie McLean.

He was referenced in the Eric Idle song "Mr. Sheene."

Barry Sheene Is A Member Of