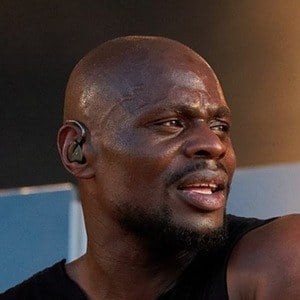 Rapper, singer and producer who first came to prominence during his teenage years as a member of the French rap crew Idéal Junior. He went on to find success as a solo artist with such tracks as "Relève la tête," "Lettre à la République" and "Racailles."

He moved from Guadeloupe to mainland France at age 7. He lived in the Orly suburb of Paris.

His solo album Réel (2009) reached the top of the French album charts.

He married Ayna Mathurin in 2005. He is of Haitian descent.

His music video for "L'impasse" was directed by Luc Besson.

Kery James Is A Member Of