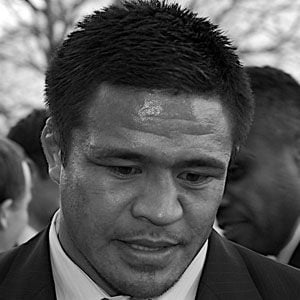 New Zealand rugby union footballer who became known as a hooker for teams like the Blues and All Blacks.

He was a flanker for the New Zealand Under-16 team.

He became the third All Black player to reach 100 tests.

His brother, Luke, became a social worker after previously playing rugby. He married Latai Mealamu in 2003 and he has two kids named Samuel and Maia Mealamu.

He played for the All Blacks like fellow New Zealander Gary Braid.

Keven Mealamu Is A Member Of