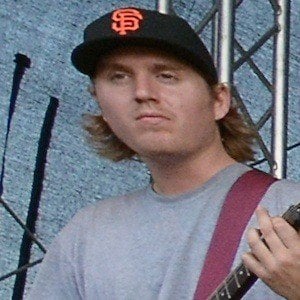 Guitarist and backing vocalist for the American pop punk band The Story So Far. They have released charting albums called What You Don't See and a 2015 self-titled album.

He is an original member of the band, which first formed in 2007; they put out an EP called 5 Songs that same year. After a couple more EPs, they debuted their first studio album, Under Soil and Dirt.

With The Story So Far, he has been a part of Warped Tour, Pop Punk's Not Dead Tour and other punk genre tours.

He was born in Marin County, California.

He performs alongside frontman Parker Cannon in The Story So Far.

Kevin Geyer Is A Member Of