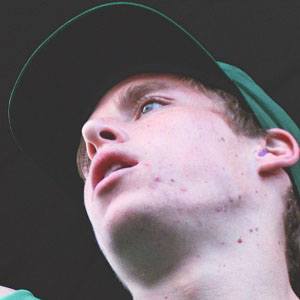 Lead vocalist of the American pop punk band The Story So Far who is joined by Kelen Capener, Ryan Torf, William Levy and Kevin Geyer in the group.

He came together with his bandmates in 2007 to form The Story So Far. The group's debut album, Under Soil and Dirt, was released by Pure Noise in June of 2011.

He formed a hardcore side project called Snarl.

His origins with the band trace back to his time in Walnut Creek, California. He's been outspoken about his struggles with drug addiction.

He and The Story So Far performed at Warped Tour in 2014 along with bands such as Mayday Parade, Of Mice & Men and The Summer Set.

Parker Cannon Is A Member Of