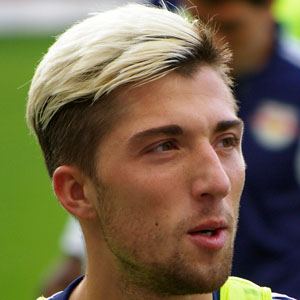 Midfielder best known for his time with clubs like Bayer Leverkusen and Red Bull Salzburg. He has played for the Slovenian national team despite being born in Germany.

He won both the Austrian Bundesliga and Austrian Cup title with Red Bull Salzburg in 2014.

His parents are from the Austrian city of Maribor.

He and Zlatko Zahovic have both played for the Slovenian national team.

Kevin Kampl Is A Member Of