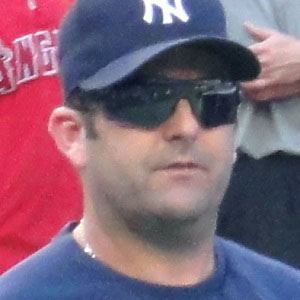 Major league hitting coach who coached the New York Yankees for eight seasons and won a World Series with the team in 2009. He was previously a minor league player who played in the Kansas City Royals' system for eight seasons.

He attended Thunderbird High School in Phoenix, Arizona and won the 1986 College World Series with the University of Arizona.

He was named the Northwest League Manager of the Year after coaching the Spokane Indians to a title in 1999.

His son Jaron Long has played in the New York Yankees organization.

He coached three Silver Slugger Award winners, including Derek Jeter, during his time as the hitting coach of the Yankees.

Kevin Long Is A Member Of