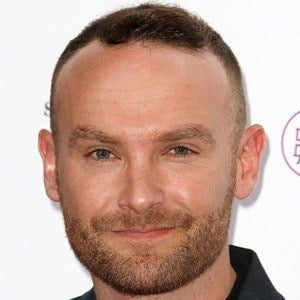 Best known for his time as the lead singer and songwriter for the pop rock band Liberty X. In 2008, he and his bandmates released their album Brand New, which peaked at #12 on the Japanese charts.

He gained widespread prominence on the British ITV reality competition series Popstars. He finished as a runner-up, and formed Liberty X alongside his fellow runners up.

He was born and raised in Chorley, Lancashire, England.

In 2016, he auditioned for The Voice UK singing a personalized rendition of Sia's song "Chandelier."

Kevin Simm Is A Member Of