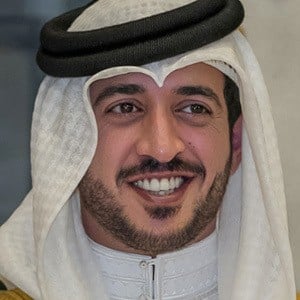 Bahraini military officer and a prince of the Bahraini royal family, Al Khalifa.  He is the fifth son of ruler King Hamad and his second wife Sheikha Sheia.

He graduated from the Royal Military Academy Sandhurst in 2008.

He is the president of the Bahrain Royal Equestrian and Endurance Federation.

His full brother is Nasser bin Hamad. He married Princess Sahab bint Abdullah Al Saud in 2011. They had sons Faisal in 2012 and Abdullah in 2015. After divorcing, he married Sheikha Hessa bint Mohammed bin Isa Al Khalifa in 2017. They had a daughter, Munira, in 2014.

Khalid bin Hamad Al Khalifa Is A Member Of