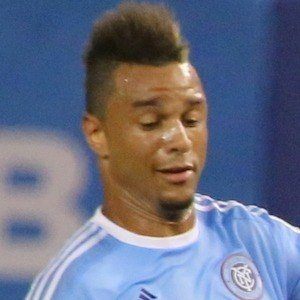 American striker who has played for New York City FC in the MLS. He has also played on the United States under 18 team and under 23 national teams.

He played soccer in high school at Vista Ridge in Cedar Park, Texas and became a four-year letterman.

He received an honorable mention for his 15 appearances during his second year playing for Oregon State University.

He is originally from Fort Carson, Colorado.

Khiry Shelton Is A Member Of