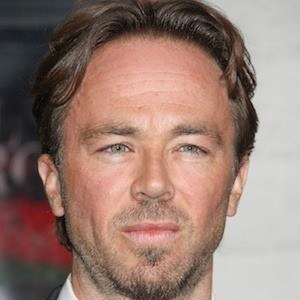 Actor who broke out with his role as Freddy in Garage Days (2002) and has since appeared in multiple films by the Wachowskis, including Speed Racer (2008) and Jupiter Ascending (2015). He also played Pete Greene on the ABC drama Ten Days in the Valley.

His nickname "Kicker" was given to him by his brother before being shortened to "Kick" in high school. He attended Wesley College, Melbourne.

He once spoofed Donald Trump in a skit designed as a parody of Matthew McConaughey's Lincoln commercials.

He was cast alongside Kyra Sedgwick on Ten Days in the Valley.

Kick Gurry Is A Member Of