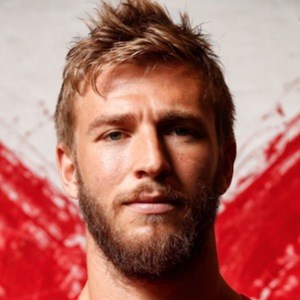 Australian rules footballer who began his AFL career with the Sydney Swans in 2007. He won an AFL Premiership with the team in 2012.

He played primary school football with the Junior Pennant Hills Demons, with whom he won premierships in 1999 and 2000.

He received the Bob Skilton Medal as the Sydney Swans' Best and Fairest in 2010. He was named to the All-Australian Team in 2013.

His father is former rugby league player Garry Jack. He has brothers named Rhys and Brandon.

He and Trent Cotchin were both AFL Rising Star nominees in 2008.

Kieren Jack Is A Member Of