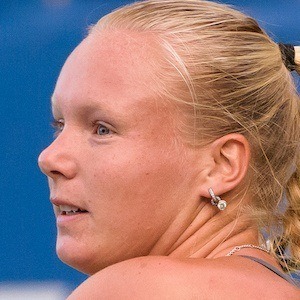 Dutch tennis player whose 2016 run to the French Open semifinal propelled her into the top 30 of the world rankings for the first time in her career. She then competed at Wimbledon, where she made it to the third round.

She started competing in ITF play in 2006 and went pro in 2009. She won her first WTA title three years later.

She also established herself as a top 40 doubles player in 2016, reaching the quarterfinal of the doubles French Open. She's been coached by Christiaan de Jong and Raemon Sluiter.

She was born to Doré and Rob Bertens in Wateringen, Netherlands.

She lost to Serena Williams in the semifinal of the 2016 French Open.

Kiki Bertens Is A Member Of