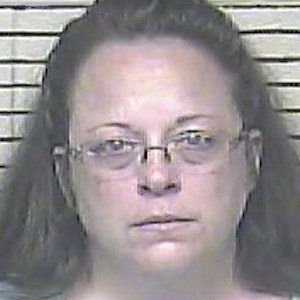 Elected as the County Clerk of Rowan County, Kentucky in 2015, she made national headlines after refuting a a federal court order stating she must issue marriage licenses to same-sex couples.

After the Supreme Court ruled she music issue marriage licenses to all couples, she began refusing to issue any licenses at all. She was jailed for contempt of court for just five days.

She met with Pope Francis in September of 2015 during his US visit.

Kim Davis Is A Member Of