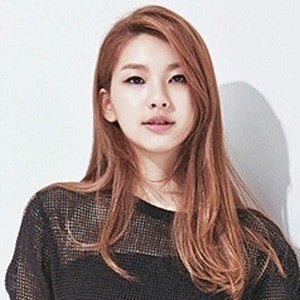 Korean model who came to prominence by placing second on Korea's Next Top Model in 2012. She has since gone on to appear in several major magazines, including W, Vogue and Elle Korea.

She began her modeling career at age 15.

She appeared with Jota on the reality show We Got Married, which earned the pair an MBC Entertainment Award nomination for Best Couple.

Her mother and older sister were featured on We Got Married.

She competed against eventual show winner Sora Choi on Korea's Next Top Model.

Kim Jin-kyung Is A Member Of