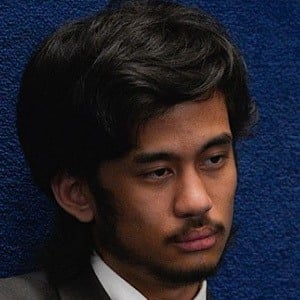 Brazilian politician who is known for having served as the Federal Deputy for Sao Paulo during a term which began in February of 2019. He is also known for being one of the founders and leaders of the Free Brazil Movement and is a contributing writer and journalist for both the Folha de S. Paulo and Huffington Post Brazil.

His career in politics started at the age of 17 when he started posting YouTube videos featuring critiques of the Worker's Party. He then founded the Free Brazil Movement which was initially intended to impeach Dilma Rousseff.

In October of 2015, he was listed in Time Magazine as one of the most influential teens of 2015.

He was born and raised in Sao Paulo, Brazil and is the grandson of Japanese immigrants.

Other politicians also known for having served as Federal Deputy for Sao Paulo include Lobbe Neto, Tabata Amaral, and Ivan Valente.

Kim Kataguiri Is A Member Of