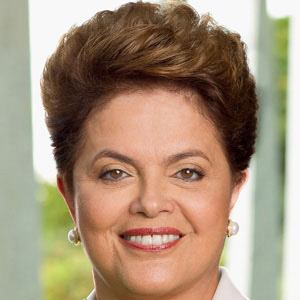 Brazilian politician who became the first female President of Brazil in 2011. She was impeached and removed from office in 2016.

She attended Campinas State University and pursued multiple graduate degrees, though earned none; a point of controversy during her presidency. She was active in various energy conservation groups.

She was jailed from 1970 to 1972 for participating in Marxist urban guerrilla groups.

She has been married twice: first to Claudio Galeno Linhares and then to Carlos Araujo. She and Araujo have a daughter, Paula. Rousseff has one granddaughter.

She canceled a 2013 visit with President Barack Obama because of reports that the U.S. spied on her communications.

Dilma Rousseff Is A Member Of