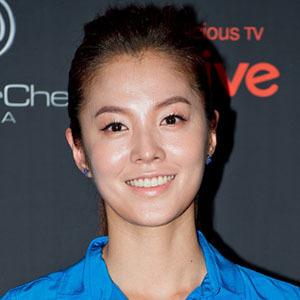 Actress and presenter who has had recurring roles on many Korean television shows, including Shoot for the Stars, Detectives and Life is Good. She is also a popular host and MC known for her work on shows like Immortal Songs and Music Bank.

She received a Bachelor of Film Art degree from Sejong University.

She won Top Entertainer honors at the 6th KBS Entertainment Awards for her appearnace on the music variety show Immortal Songs.

She married Korean soccer player Jung Jo-gook in 2009. She has children.

She co-starred with Ye-won Kang in the action comedy Part-Time Spy (2017).

Kim Sung-eun Is A Member Of