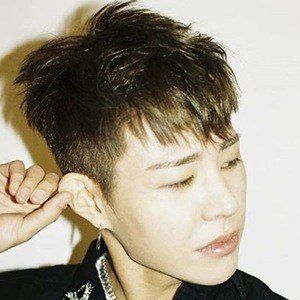 South Korean pop singer known for being a member of the K-pop boyband Imfact. Their 2016 debut EP, Lollipop, charted in the top 10 of the Gaon Chart.

Formed by Star Empire Entertainment in 2016, they burst onto the scene with their single "Casino" at the Hallyu Dream Concert.

The band has quickly gained a following in their native country, with more than 30,000 followers on their Twitter account.

He and his band appeared on the show M Countdown alongside host Lee Jung-shin.

Kim Tae Ho Is A Member Of