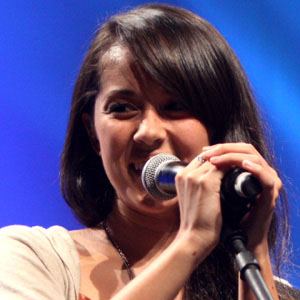 Acoustic pop singer who gained national fame by winning a contest to have her music video air on Super Bowl XLII.

She learned to play the piano, violin, and guitar as a teenager. After enrolling at USC, she was invited to produce music for her department.

She released the studio album Stairwells with One Haven Records in 2010.

She has two sisters named Misa and Emi. She married Jesse Epstein in 2013.

She made a guest appearance on the Ellen Degeneres Show in November 2011.

Kina Grannis Is A Member Of