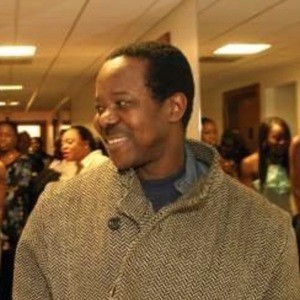 Nigerian musician who specializes in juju and afropop styles of music. He is most recognized for his hit album Juju Music and for being inducted in December of 2016 into the Hard Rock Cafe Rock & Roll Hall of Fame.

He attended the University of Lagos where his career in music began. He helped form the band The Green Spots in 1967 and went on to release his debut solo album that same year. His career in Hollywood began in the 1980's and he earned a bigger audience after his song appeared in the 1983 Richard Gere film Breathless.

His 1988 album Odu, a collection of traditional Yoruba songs, was nominated for a Grammy making him the first African to be nominated twice for a Grammy Award.

He was born and raised in Ondo City, Nigeria. He was born into a Nigerian royal family from Ondo and as a result became an Omoba of the Yoruba people.

He has collaborated with a range of major artists including Manu Dibango and Stevie Wonder.

King Sunny Is A Member Of