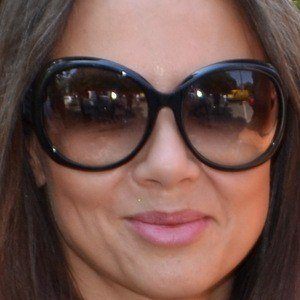 Polish journalist and television presenter who first rose to fame as the host and then judge on Poland's version of So You Think You Can Dance. She also won the fourth season of Poland's Dancing with the Stars in 2006.

Though she attended Warsaw University to study Italian, she dropped out and eventually began her career as an announcer for Polish National Television.

A business woman as well as a presenter, she owns the media company Idea Media Wende Rusin.

She married Polish journalist Tomasz Lis in 1994 and they had two daughters, Pola and Iga. They later divorced in 2006.

After switching titles from host to judge on You Can Dance: Po prostu tańcz!, she was replaced as host by Patricia Kazadi.

Kinga Rusin Is A Member Of