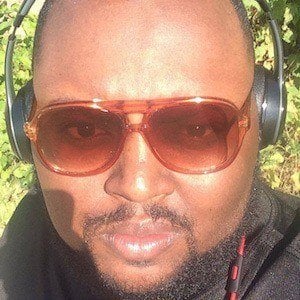 Entrepreneur, producer, creator, and co-host of The Outlaws Radio Show based in Cleveland, Ohio. He is the founder and CEO of FCB Entertainment, Inc., which owns WFCBRadio.com, FCB Records Group and The FCB TV network. He is known by his host name "The Kingpin," but his real name is Darvio Morrow.

He attended the Ohio Center for Broadcasting in Valley View for college, but received his degree in communications from the University of Phoenix. He has been working in the entertainment industry since he was 16.

He is a two-time Ohio Hip Hop Award nominee, including Best Radio Personality and Best Website.

He was born in Euclid and raised in Cleveland, Ohio. His father worked as the Vice President at the Cleveland Metropolitan School District for over three decades. His mother was CEO of the Institutional Community Development Corporation.

He is from Cleveland, Ohio, like radio personality Tom Griswold.

Kingpin Is A Member Of