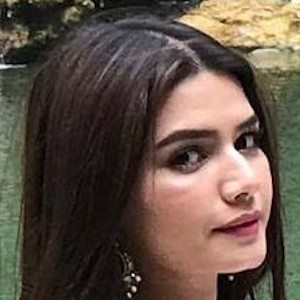 Actress who has risen to fame for her career in Pakistani TV, including as Sobia on the TV drama Khaali Haath. In 2018, she began starring in the Pakistani Hum TV series Dar Si Jaati Hai Sila as Nadia.

She began her career in entertainment as a model. She later earned her TV debut as an actress in 2011.

She starred as Ufaq on the popular A-Plus Entertainment TV drama Shehr-e-Ajnabi in 2014. She also appeared in the TV series Parlor Wali Larki in 2018.

She was originally born and raised in Lahore, Punjab, Pakistan.

She and Yumna Zaidi have starred together on the TV series Dar Si Jaati Hai Sila.

Kiran Haq Is A Member Of