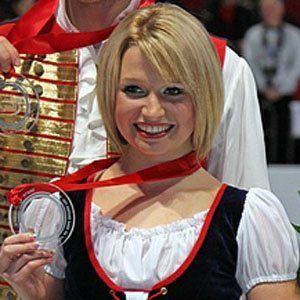 Pair skater best known for her partnerships with skater Dylan Moscovitch, with whom she won a Canadian National Championship in 2011. She also won the silver medal in the team event at the 2014 Winter Olympics in Sochi.

She began pair skating in 2008 and placed fourth at the Canadian Championships at the junior level.

She ended her long and fruitful skating partnership with Dylan Moscovitch in April 2014.

She has a younger sister named Katie.

She and Meagan Duhamel are both Canadian National Champions in pair skating.

Kirsten Moore-Towers Is A Member Of