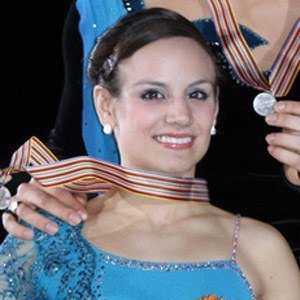 Pair skater from Canada best known for her partnership with Eric Radford. The duo won three consecutive Canadian Championships from 2012 to 2014.

She began training at the Mariposa School of Skating at fourteen.

She broke Radford's nose during the 2011 World Championships after accidentally striking him with her elbow.

She has siblings named Johnny and Heather.

She and Anabelle Langlois are both Canadian pair skating champions.

Meagan Duhamel Is A Member Of