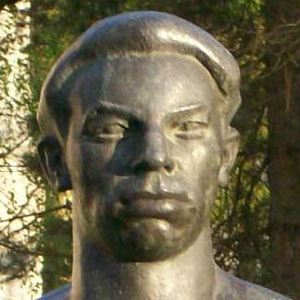 A Macedonian author, poet and revolutionary, he is especially remembered for his 1939 poetry collection, White Dawns. His other works include The Tobacco Pickers (1937) and Anthology of Pain (1928).

He first became active in the Communist Party during the 1920s. He published his first prose work, Result, in 1928.

He was killed by a guard at a Macedonian printing house. Some theories hold that what was ruled an accident was actually murder.

He was the son of an impoverished potter. Racin attended high school for only one year before dropping out to work for his father.

Koco Racin Is A Member Of